In Japan, entering a horse to race under the influence of drugs which temporarily stimulate or depress race performances is prohibited strictly by Horse Racing Law. Also, the usage of certain drugs is restricted from the standpoint of horse welfare and injury prevention (hereinafter referred to as restricted drugs) by the JRA.

Besides those prescribed in these regulations, all matters concerning the control of drug administration to racehorses shall be prescribed by the JRA Veterinary Officer. If you wish to seek treatment after coming to Japan, consult the JRA veterinarian in charge.

Please refer to Article 31 of the Horse Racing Law and Paragraphs 132-136 of the JRA Rules of Racing. 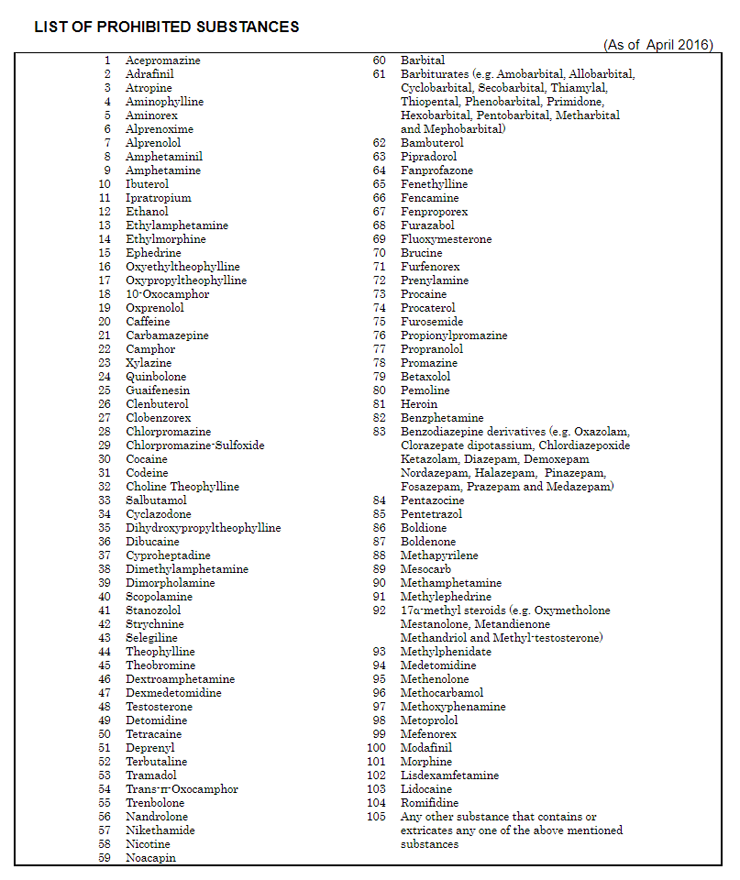 Please refer to Article7,12, and Separate Table (2) of the Matters to be Instructed by Veterinary Officers.

Physico-chemical tests are conducted on horses that finish first through third in the race, and any horse designated by the stewards of the meeting, under the Rules of Racing of the JRA. The horses concerned must submit urine or/and blood sample after the race. The collected samples will be divided into two samples, and Physico-chemical test will be conducted at the Laboratory of Racing Chemistry, on sample A. Should the existence of a prohibited drug or medication be detected, sample B will then be tested automatically at the same Laboratory, in the presence of the non-partisan designated witnesses, who have knowledge of the field of Physico-chemical testing. If the presence of the same prohibited drugs or medication is detected in both samples A and B, it will be considered as a violation of the drug and medical regulations. The horse concerned will be disqualified in accordance with Article 123 of the Regulations and suspended from running in a race for a fixed period of time in accordance with Article 140 of the Regulations. The connections of the horse will not be entitled to receive any prizes, or prize money. The horse connections concerned may be charged under Article 31 of the Horse Racing Law and will be penalized in accordance to Paragraphs 138 of the JRA Rules of Racing.